We are pleased to inform you that our Christmas Carol Service will be held on Monday 16th December 2019 at St John’s Church, Church Road, Woodley. We do require parents to accompany us on the walk and to join us for the service. Your help would be much appreciated, please return the reply slip to school as soon as possible to the class teacher if you are able to help. Unfortunately, there may not be enough seating for all adults during the service.

Use the link below to read the letter sent home.

Due to disappointing ticket sales for our Christmas Party we are going to cancel the second session.

However, to maximise everyone’s fun that has purchased a ticket, we are extending the first session by 30 minutes. Therefore, the party will now start at 6:30pm and finish at 8:00pm.

If you are one of the few that bought a ticket for the second party and you’re happy to attend the first party, then you don’t have to do anything. Just turn up in your best party clothes at 6:30pm.

If you can’t attend the first party, please ask for a refund from the office if you paid cash or email Pta.beech@beechwood.wokingham.sch.uk if you paid online.

Tickets are still available to buy until this Friday so make sure you don’t miss out on a great night.

P.S. We still need a few more volunteers for the night so please let us know if you can help.

Please find attached information relating to the launch of our new ParentPay system. At present we are only using it for breakfast and Handy club but will be rolling it out for trips and clubs in the future. Activation letters will be coming out today. It is vital that EVERYONE activates their accounts in preparation for the launch of trips and clubs.

Breakfast/Handy club – Please book and pay for January’s sessions by Friday 6th December. As per our terms and conditions all bookings MUST be made 28 days in advance, and under the new system should payment not be made within 5 days of booking, all booked sessions will be cancelled automatically.

Should you require any assistance please do not hesitate to contact me on 01189695976 or admin@beechwood.wokingham.sch.uk and I will do my best to help.

Due to the low ticket sales for the Christmas Party we have decided to postpone the prep evening until Tuesday 10th December (at school at 7pm).

There is a risk that we might have to cancel the party, so we don’t want to spend time and waste money making up all of the goodies for the party.

Thanks for your understanding and don’t forget to buy your Christmas Party tickets!

At the end of the day, it is just a disco. If you just want to send your child, great. If you want to come as a family, that’s great too.

Please find attached the proposed Admissions Policy 2021-2022 for Beechwood Primary School, which is part of the Frays Academy Trust.

This is a new admissions policy for the school, which joined the Frays Academy Trust on 1 September 2019.

The consultation period regarding the policy lasts for 6 weeks, beginning on Monday 25 November 2019 and finishing on Sunday 26 January 2020.

If any comments regarding the proposed amendments are received, the Admissions Committee for Beechwood Primary School will consider them prior to determining their Admission Arrangements by 28 February 2020. The Policy will be published by 15 March 2020.

Please find attached the latest news from Foundation Stage, along with their reading expectations.

Following feedback from parents on Wednesday, I was in classes yesterday with Mr Cole to review the curriculum across the school and check on quality of learning. As a result of this, we have agreed to review the R.E. curriculum and to look into Frays as an organisation for a stronger curriculum framework for RE.

The next step will be to establish a clear policy for R.E. and once this has been established, we will put staff training in place and then we will monitor staff’s delivery and the impact on pupils learning. This is a typical way in which Frays as an organisation operates and of which Beechwood is adopting.

As part of a learning organisation we are always happy to receive feedback and will share learning from feedback to offer assurance that appropriate actions are taken.

Our Christmas party is just over 3 weeks away and we need your help to get everything ready.

Instead of our normal monthly PTA meeting we are inviting you to join us in some Christmas Party prep on Monday 2nd December at school at 7pm.

We need your help to make the following:

We also need volunteers to make some Christmas cookies for the cookie bags (we have 1 volunteer already but could do with a couple more as we need 120 cookies!)

Please either message us on Facebook or email pta.beech@beechwood.wokingham.sch.uk to let us know you can help.

We need volunteers to run the stalls at the Christmas Party so please sign up on PTA Events – https://www.pta-events.co.uk/beechwoodpta

Please find attached the latest news from Foundation Stage, along with their reading expectations. 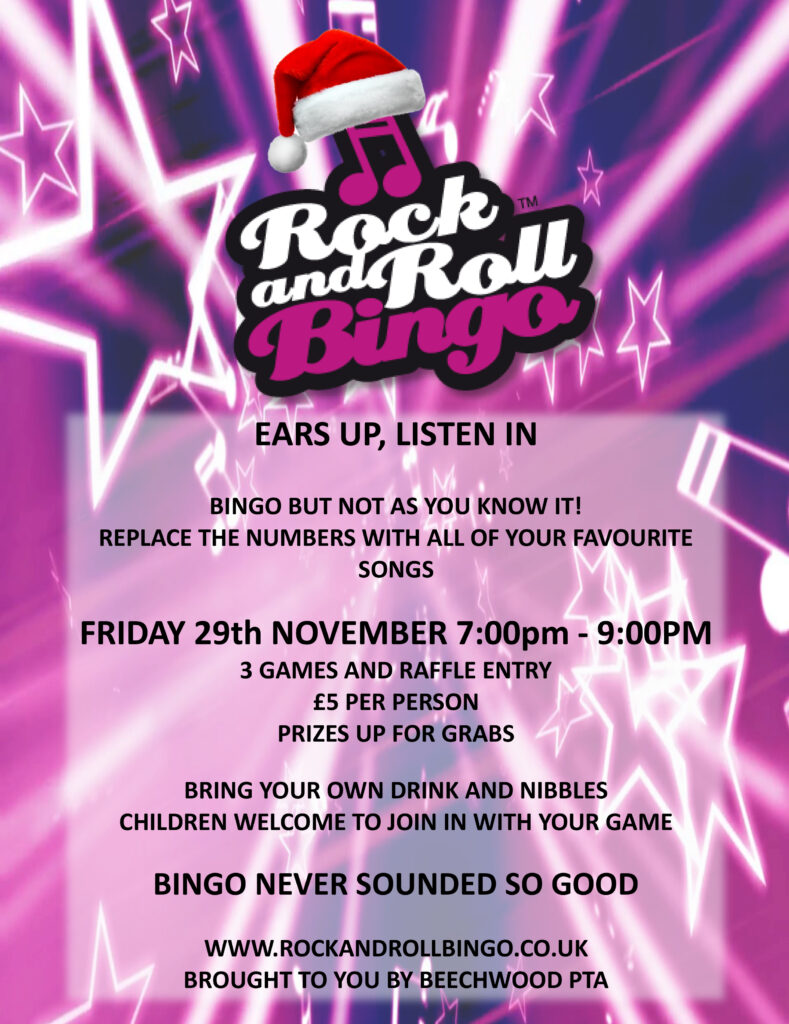 The match falls during the inaugural FA Women’s Football Weekend, celebrating women’s football across the country.

It would be fantastic to get some support from the local community at the match to cheer on the Royals!

HOW TO GET YOUR FREE TICKETS:

We are pleased to confirm that our Christmas Tree Trail will be happening again this year and we hope you can all get involved. Woodley Pets and Woodley News will be selling our maps again. Theme Design will be designing our map.

We are looking for families and businesses to put up a Christmas Tree from Saturday 7th December to Saturday 4th January.

If you live within a half mile radius of Beechwood School and you want to get involved please complete the appropriate attached booking form and return it to the school office or email to PTA.beech@beechwood.wokingham.sch.uk.

We want to make it bigger and better than last year but we need your help.

Let us know if you have any questions. 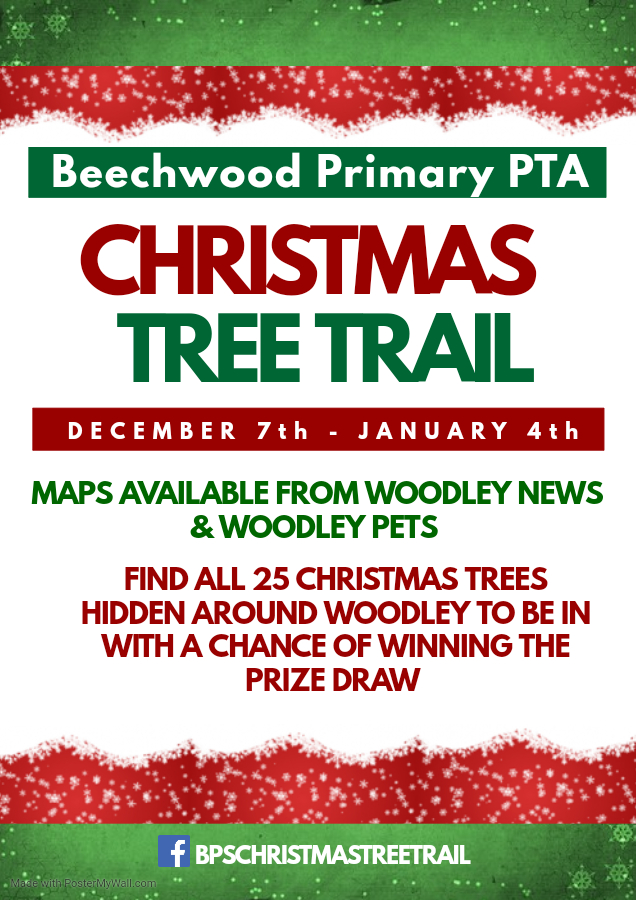 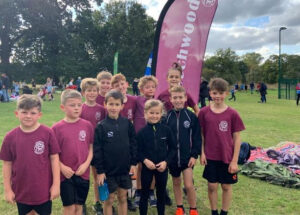 “On Thursday 3 October a small squad of 11 children went to the Thames Valley Schools cross-country race at Cantley Park in Wokingham. We had lower numbers than in previous races, however the children’s enthusiasm was enough to rival the other schools.

The first race underway was the 3 / 4 girls. Evie was our sole runner, and she was out to make a good impression. She finished 34th overall which was amazing, especially as she was not only one of the youngest runners, but the smallest runner in the field!

Unfortunately, we didn’t have any 5 / 6 girls taking part on this occasion, however, we did have a team for the older boys. Harry was first home for Beechwood in 56th, followed by Noah (73rd), Ollie (87th) and Flynn (106th).

It was a great afternoon and I am extremely proud of all the children for taking part. The next event is at Ludgrove on 29th November and all children (Yr3-6) will be invited to take part. A letter will be out with details soon.

A big thank you to the parents who transported the children and who also helped marshal the course to keep the runners safe.”

Please come along to our Macmillan Coffee Morning on Friday 27th September in the hall at 9:45am, after class assembly.

Lots of cake donations are needed and can be taken straight to the hall after drop off on Friday. Please donate generously.

Cakes will also be sold after school in the playground for our first 50p Friday of the year.

We look forward to seeing you there, any questions please ask.
Regards
PTA 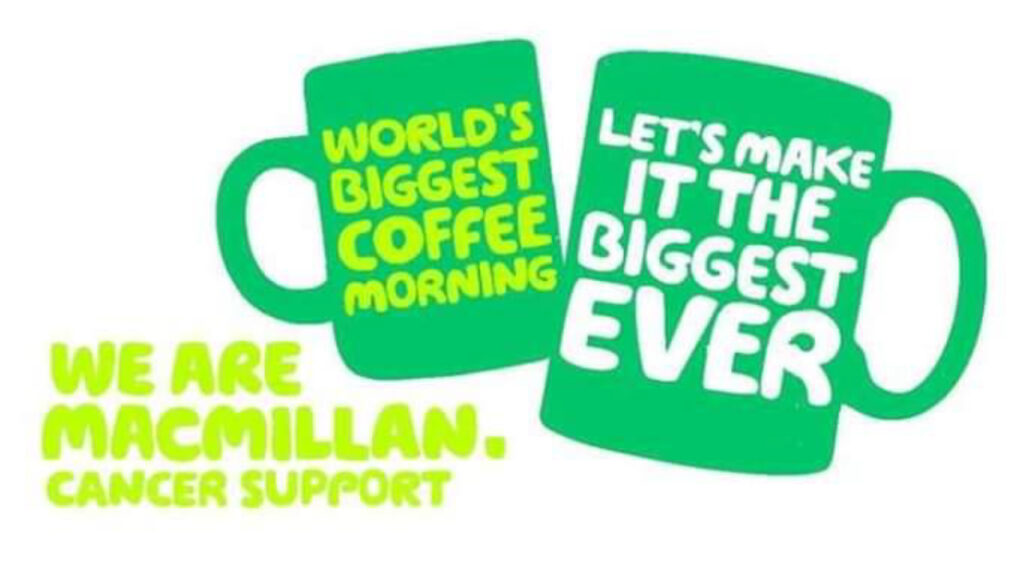 Hello and welcome back everyone!

After a fantastic year where we raised nearly £9,000 for the school to purchase much needed resources we are keen to get started on planning events for the year ahead.

Please come along to our first meeting of the year on Wednesday 18th September at 7pm at school.

Please come in through the school reception where one of the team will meet you.

If you are a new parent to the school, please join our PTA Facebook group where you can keep up to date with events and be a part of the conversation.

Monday 23rd September will be a special day for the school as we celebrate our 60th Birthday. For this occasion we would like all children where possible to come to school dressed in celebratory 1950’s/1960’s style clothing, we hope to hope to have a fun day!

We would like to invite parents to come along for our Open Classroom at 2.30pm that afternoon.

uSports came into school to talk to the children about the clubs they run for Year 1-Year 6 children, before and after school. Full details and how to book can be found at: http://usports.class4kids.co.uk/term/119

The school would like to introduce a Parent Forum. Parent Forum is a way for parents to raise everyday questions and concerns, express opinions and make suggestions about how the day to day life at Beechwood can be enhanced for the benefit of pupils, parents and staff.
The aim of the Parents Forum is:

We are looking for one parent representative per class who would be able to come to one meeting per half term during the school day, to represent their child’s class. Each representative would also be responsible for obtaining the views and opinions from the parent body in their child’s class as well as providing feedback. If you willing and able and would like to be involved, please contact the school office to let us know.

Please be aware, at this stage we will have to limit participation to one parent per class.

We look forward to hearing from you.

It’s the PTA Break the Rules Day on Tuesday 23 July, see below for details. 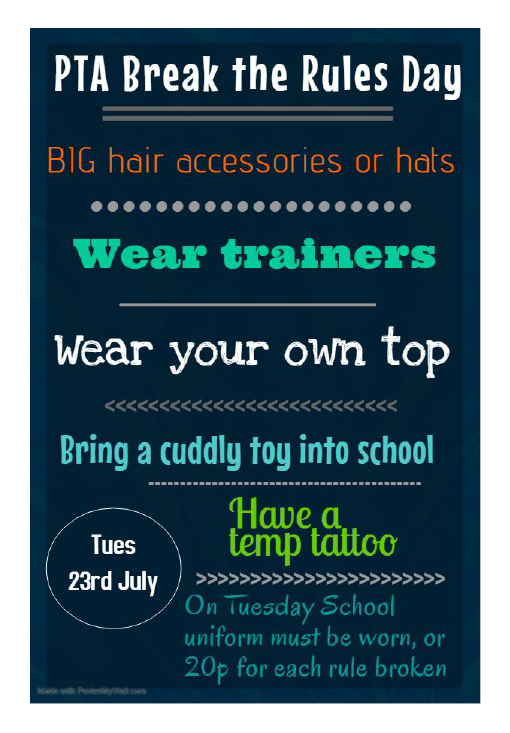