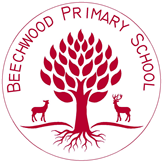 Please find attached the proposed Admissions Policy 2021-2022 for Beechwood Primary School, which is part of the Frays Academy Trust.

This is a new admissions policy for the school, which joined the Frays Academy Trust on 1 September 2019.

The consultation period regarding the policy lasts for 6 weeks, beginning on Monday 25 November 2019 and finishing on Sunday 26 January 2020.

If any comments regarding the proposed amendments are received, the Admissions Committee for Beechwood Primary School will consider them prior to determining their Admission Arrangements by 28 February 2020. The Policy will be published by 15 March 2020.

This week the children launched into a space adventure! When they arrived on Monday they found a space craft that had crash landed in the outdoor area. The children were encouraged to think about who could have been in the space rocket? Where had they gone? How did the space craft crash? Where did it come from? Following this the children worked in small groups to create mind maps of what they knew about space and what they wanted to learn about space. During the afternoon the children engaged in a class discussion about who was flying the space craft, whether it was an alien and what they knew about aliens. The children drew pictures of what they thought the aliens would look like. During their child-initiated learning in the outdoor area the children built their own spaceship. To end a busy day of exploration the children watched a short video clip about the moon and were asked questions such as is the moon made of cheese? How do we know what it is like on the moon?

On Tuesday the children listened to some of the story The way back home and paused to discuss how the boy got stuck on the moon and what he was going to do. The children were encouraged to think what they would do if they were stuck on the moon and during an adult-led activity the children recorded their ideas. In the afternoon the children were introduced to the concept of subtraction. They sang the song ‘5 little men in a flying saucer’ and explored how the numbers go down/ there is one less when they take one away. After each verse of the song the children were challenged to think of the corresponding subtraction and an adult modelled how this would be recorded. The children were shown an active subtraction activity using playdough called ‘subtraction smash’ where they would choose a subtraction (e.g. 5-3=) and then make the first amount of playdough balls (e.g. 5), then they smash however many they are taking away (e.g. 3) and then count how many playdough balls they have left (e.g. 2).  To end the day the children participated in a group discussion about the importance of healthy eating and being hygienic. They sorted foods such as chocolate and bananas into groups according to the criteria of ‘eat lots of times’ and ‘eat sometimes’. Following this the children talked about what they do at school which is healthy and what they need to do to be healthy and hygienic.

On Wednesday the children listened to the story Whatever Next! Then they looked for similarities and differences between today’s story and the story they had listened to the previous day. The children talked about how they would prepare for a journey into space and what they would take with them. An adult modelled how to write a list using the children’s suggestions and then the children wrote their own list during an adult-led activity. During PE the children made up their own space themed dance routine about preparing for a journey into space (elements included: approaching space ship and climbing in, putting on suit and helmet and getting into seat/preparing instrument panel). They listened to some space themed music and were challenged to make their movements match the music. Their journey into space will continue during next week’s PE.  In the afternoon the children learnt a counting back rhyme about 10 little spacemen. They recorded subtractions after each part of the rhyme and started to notice the pattern that there was 1 less each time.

On Friday the children used the planets in their Maths to make a numberline. A child was asked to find a number between 6 and 9 and then another child rolled the dice. The child on the numberline then jumped back that many spaces and the children were encouraged to record the subtractions on the interactive whiteboard. This was then consolidated during an adult-led activity. To end the week the children participated in a celebration assembly where their learning achievements for the week were shared.

In addition to all of this week’s activities the children were provided with many space themed learning opportunities such as: alien speech bubbles; shapes in space game on the computer; making aliens, robots and rockets using junk modelling resources; playing in the space station; exploring textures using silver beans; story props for Whatever Next!; objects to explore floating and sinking; paint blowing to make alien pictures; making aliens using playdough and a variety of tools and resources; playdough smash subtraction; and non-fiction and fiction space themed books.

It has been great to see the children’s enthusiasm and engagement in our Space topic this week and we are excited about continuing our journey in space next week.

The foundation stage children have been learning about the four seasons this week and during our topic inputs we have discussed seasonal change, hibernation and what happens in Autumn.

This week’s topic activity was making leaf shapes using clay and the children have been fascinated to see the veins of a leaf when they pealed it off the clay. During our adult-led English activity the children identified initial sounds in words and some children wrote CVC words using picture clues, both activities enabled the children to demonstrate and develop their phonic knowledge. Additional autumn themed English activities have included sound sorting, making words in egg boxes using ping-pong balls, Room on the Broom stick puppets for story retelling, making letter shapes using playdough, cut and stick activity to make CVC words and tracing pictures to develop fine motor skills.

This week’s Maths has focused on identifying one more than a given number and we have started to talk about addition, which we will continue next week. This week’s autumn themed Maths activities have included finger printing leaves on trees to match a number, fishing for and ordering numbers 1-10, cut & stick leaves to order from smallest to largest, matching 3D and wooden shapes to an outline drawn on a piece of paper, measuring autumn objects using cubes, rolling a dice and making the corresponding amount of playdough balls, making number lines using plastic links and autumn pictures cut and stick number ordering 1-10.

The children’s imaginations have been running wild outside this week and it has been amazing to see their creations, from building bridges and cars to making electricity lines for a train.

During our first meeting the students came armed with their new ideas. Here are some of them:

Foundation put on a wonderful performance for a jam-packed hall at the end of last term, featuring video performances and wonderful singing. Have a look at our FS2 and KS1 Nativity photos taken by The Wokingham Paper. 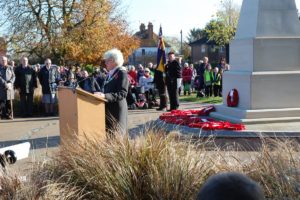 Beechwood pupils along with other schools and the residents of Woodley fell silent for two minutes to remember the nation’s war dead for Armistice Day on Friday 11th November. The behaviour as always was exemplary and were a credit to the school. Well done everybody.

It’s been a busy couple of weeks in Upper Key Stage 2 with all the children showing continued enthusiasm for their learning.

Continuing our work on Hurricanes and Tornadoes, we have been empathising with the victims of tornadoes in America. The children were stunned by the news footage of a school in Oklahoma being destroyed by the twister and wrote detailed and sympathetic diary entries imagining that this disaster had happened to them.

In English, we have continued to work on the legend of Robin Hood and have been delving more deeply into the meaning of the text. We have learned about how the same story can be told through different genres – including drama on the use of parody for humour. Below are some pictures of Miss Timms’ class re-enacting a scene from the story:

We have also been writing descriptions of a sinister forest setting. Some of the language being used by the children is of an incredibly high standard and they should be very proud of how they have used similes and metaphors to appeal to their readers.

In Maths, the work has continued on Fractions and Decimals with the children investigating how fractions and decimals can be applied in real life Maths situations. Miss Anderson’s group spent an enjoyable morning calculating fractions of numbers using chocolate and Smarties as inspiration and Miss Timms class have moved on to looking at ratio and proportion.

5/6A Fractions And Decimals

Many thanks for your continued support

We hope you have all had a restful holiday! The children have returned recharged and ready to learn!

Our topic ‘A Victorian Christmas’ was a huge success last term and we were blown away by the children’s Christmas stockings! Their designing and sewing skills really developed and their final products looked amazing!

We hit the ground running in maths this term and in 3/4 we have been learning about fractions and decimal fractions.  Miss Lewis’s maths class managed to use cake and Smarties to help them identify different fractions!

In English we have been learning about information texts.  We have planned and written a leaflet about how to keep your mobile phone safe.  We are going to use the ICT suite to publish our work.

We have started our new topic ‘A view from the Eye’ and this week we have been learning how to draw some of the famous London Landmarks.  The children are really enjoying the topic and we have had some fantastic home learning already!

This week in our Spanish lessons we have been learning some Spanish phonics. Here is a quick video you can watch to help you remember your Spanish sounds https://youtu.be/EqakwIzQ70c .

We will also be learning some Spanish greetings.  Use the link below to practice some!

Last Friday afternoon (18 September) Miss Rowse and Mr Davies took the year 3 and year 4 football team to The Dolphin School for the first match of the season. They year 3 boys started the season off with a bang winning 10-0. For these boys it was their first time representing Beechwood.

The team included the following boys:

For the year 4 boys they drew 2 all playing a strong second half. Kieran Downs had a very good game scoring one of the goals and always being there to support as well as Alexander Calutas reading the game well from the back of the pitch  offering support throughout the match.

Football Versus The Dolphin School (Years 3&4) 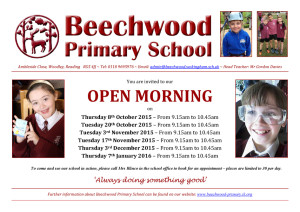 Today I am going to school. I am in a glorious mood because  for the first time in forever I have done all my homework. I am skipping to school and a bright light shines!

I am petrified! When a soothing voice addresses me. I start wondering towards the bright light,  awed I steal away leaving my best friend, Anushka  by her self. She was furious!  Tentatively she followed me. Never wasting  precious time I obliviously away stumbling each step I took. “SPELL” boomed the voice. Precisely I spelled cat. “C, A, T.” I screeched louder than a male lion roaring…